We need a Federal Integrity Commission

Australians expect the Federal Government to uphold the highest ethical standards.  Political parties and corporations have a responsibility to be transparent, honest and ethical.  MPs need to be held accountable for how they spend taxpayers' money.

In recent years there have been numerous projects, schemes, grants and election campaigns that question the integrity of politics in this nation.

There is real concern that powerful vested interests exert too much power over government, including those industries such as mining, commercial media, gambling, property development, agribusiness, liquor and fast food.  As well major political parties are increasingly prepared to use taxpayer funds for their own politically motivated agendas to win elections at all cost.  This is undermining trust in democracy.

We need strong safeguards to prevent corruption, protect the integrity of our public institutions, and eliminate the undue influence of money in politics.  Reform is needed for political donations.  Billionaire Clive Palmer spent more than $83 million on his 2019 Federal election campaign. According to the climate group Market Forces the fossil fuel lobby donated $1.9 million to the Liberal, National and Labor parties in 2018/19. In turn public money fuels the continuation of the climate crisis by subsidies to expanding coal and gas projects.

It is time to create an independent federal national integrity commission to investigate allegations of corruption. A federal 'ICAC' needs the powers to fully investigate federal government scandals including the:

Many fear that political ‘pork barrelling’ is being normalised.   Bradfield has a responsibility to speak out against such abuse of power.  What misconduct may occur elsewhere in the country can well happen in Bradfield.   We need to ensure Bradfield demands better and to ensure integrity in politics.

Prof Charles Sampford discusses why Bradfield deserves better on Integrity and what this means. Integrity now!

Australians expect our politicians to upload a high standard of integrity. This is essential for the effective, highly functioning society we expect. Politicians are to represent us to a standard that shows us in light of the ideals we hold ourselves.

Politicians should be seen as maintaining integrity, and an independent well funded integrity commission at the federal level will help with this ideal. 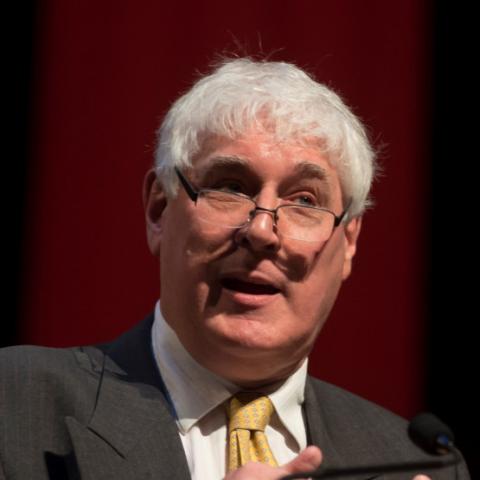 We can do better on INTEGRITY with Professor Charles Sampford
Distinguished Professor Charles Sampford, DPhil Oxon, Barrister at Law, is the foundation Dean of Law and Research at Griffith University. He is recognised as one of Australia's top Australian researchers for not only ‘making a difference' to Australia but internationally. Professor Sampford will speak on how we can do better on integrity - especially on the need for a national integrity commission. He will explain how we damage democracy when we fail to uphold integrity in government.
Register