There is an impression that under the Morrison government, Australia as a society has been driven towards  'meanness'  where the weak are exploited rather than supported.

This 'meanness' crosses many areas of policy from debasing the position of women so as to protect inappropriate behaviour, ROBODEBT a scheme where people are presented with an automated debt and forced to muster their administration capacity against that of a government department. The 'meanness' shows itself in the impression that the Solomon Islands don't have a sympathetic audience in Australia, unconcerned as the islands fear that they are sinking under a rising tide and using Solomons people in an exploitive way.

The 'meanness' shows itself in the way that Grace Tame's year as Australian of the year ended in animosity rather than a leap forward in how we provide safety to women, in addressing the power imbalance that leads to women being predated upon, and addressing how to better give women a 'voice' to raise social issues. Instead we had further allocations of an Australian political culture that instead systematises the exploitation of this inequality.

An elected Janine Kitson will work to ensure that equity and ethical standards are upheld. That the decent society that most Australian's see themselves part of is promoted, nurtured and developed.

Women's Domestic Violence
The number of women killed in domestic situations is frightening. We need to address the safety of women and vulnerable people in our society.
Women's Representation
Creating a political environment that redresses women's representation. Enabling women to participate in politics fully, without regard for safety or lack of resepect
Indigenous
We need to address acceptance, recognition and indigenous conciliation. Health outcomes, incarceration rates, domestic violence rates are all areas of concern and require resources to provide a local, human level, properly resourced response. We need to revisit our aboriginal history and celebrate this, we need to celebrate the aboriginal culture and learn from and protect this culture.
Mental Health. "Working in mental health, I can see an urgent need to do better - Tom
Image 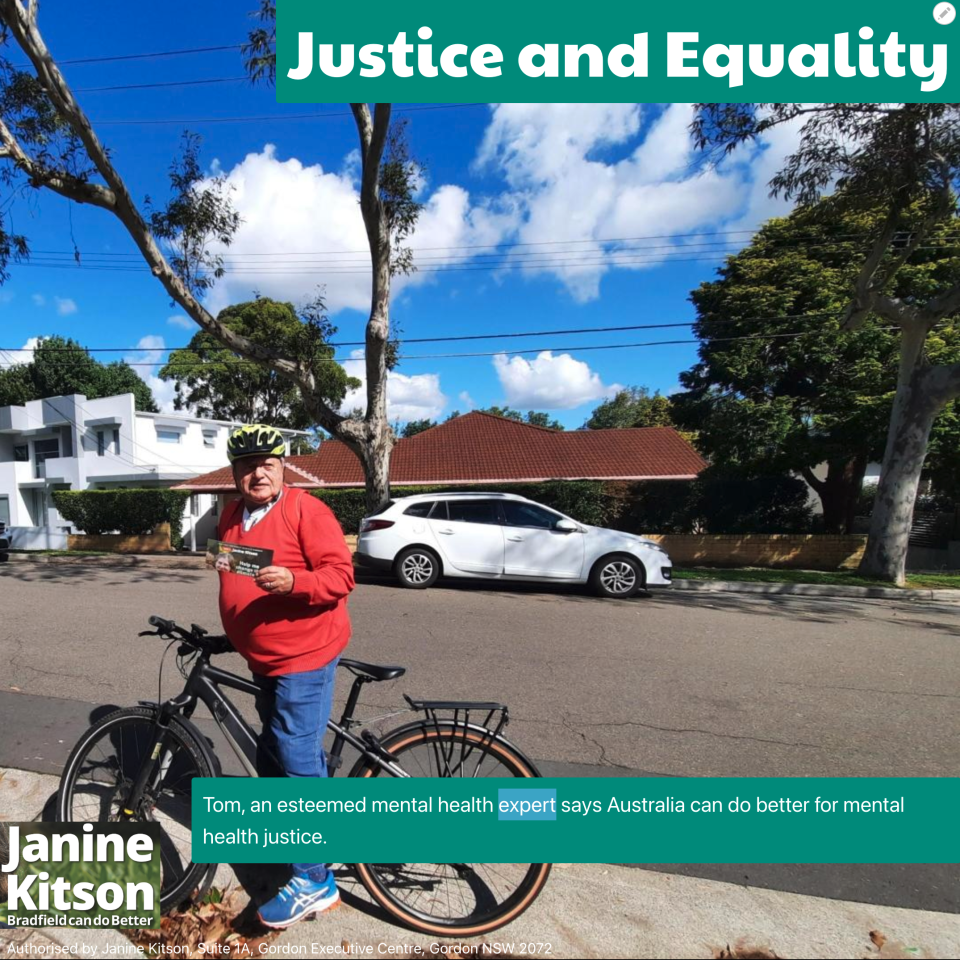