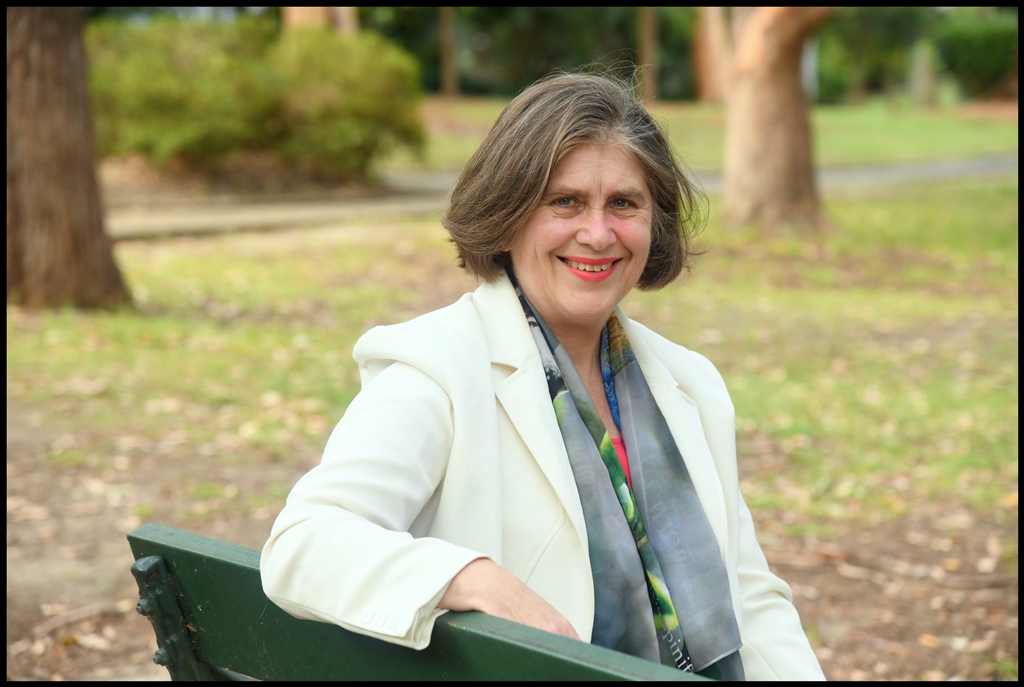 In May 2022 Janine stood as a 'stand alone' Independent for the NSW Federal seat of Bradfield on the issues of a safe climate, integrity in politics and defending the ABC.  This built on her life-long work as a community and environmental activist.

During her career Janine has also served as an elected local government councillor on Ku-ring-gai Council, Director of the National Trust (NSW), Deputy Chair of the Colong Foundation for Wilderness, Vice President of the Friends of Ku-ring-gai Environment (FOKE) and Inaugural Convenor of the Northern Suburbs of Sydney Branch of ABC Friends NSW & ACT.

Professionally Janine has worked as a teacher, writer and consultant for the NSW Department of Education. From 1996-2000 she was appointed as the English Adviser for the Federal Government's overseas education project in Samoa.

Janine is a proud public school teacher and educator.

Within the Bradfield electorate Janine has taught at:

Janine also worked as a consultant for the NSW Department of Education's Learning Materials Production Centre which produced distance and school learning materials.  Her HSC resource ‘Aboriginal Experience’ was recognised for an Excellence in Educational Publishing award in 1994.

Janine also taught English for the Nagoya Department of Education, as one of the first participants on the Japan Exchange Teaching Program.

Janine again worked overseas in Samoa as the English Advisor on the AusAid education project - the Samoa Primary Education Materials Project (1996-2000).  There she was privileged to work with Samoan educator Faaea Mulitalo and together they wrote fifteen student workbooks and radio broadcasts for Samoan students in Years 4-8.

From 2000-2004 Janine was elected as an Independent local government councillor on Ku-ring-gai Council where she championed Ku-ring-gai's built and natural heritage.  She worked with local community groups to successfully achieve the public acquisition of environmentally sensitive land in the St Ives Blue Gum High Forest.  Her other major campaign was protecting the heritage of Gordon Railway Station.

Defending Heritage and the Environment

Janine has always had a deep love of history.  When she was 19 years old and in her second year of her Bachelor of Arts degree at Sydney University she joined the Ku-ring-gai Historical Society and soon after that joined its Committee.  As well, during her time as a university student majoring in Australian History, Janine volunteered as a guide at the National Trust's Experiment Farm Cottage at Parramatta and at its S.H. Ervin Art Gallery at Observatory Hill. Janine also volunteered as guide for the University of Sydney's Chancellor's Committee Guided Tours of Sydney University.

Janine's dream was to teach English and History and share her fascination with how the past shapes the present and future.  She felt local history nurtured a sense of place and belonging.  She believed literature taught self understanding, empathy and compassion.

Janine served as a Director of the National Trust of Australia (NSW) from 2004-2012 where she worked to promote and protect heritage properties and conservation areas across NSW.

She proudly served the National Trust by supporting its property 'Wirrimbirra' at Bargo by serving as the President of the David G. Stead Memorial Wildlife Research Foundation of Australia who  managed and financed this property. This State Heritage listed property was gifted by the Stead Foundation to the National Trust in 1965.  Environmental educator Thistle Y. Harris (1902–1990) established the Stead Foundation to commemorate the memory of her environmental pioneer husband David G. Stead (1877–1957).

Janine worked closely with the Bradfield community to protect the State Heritage listed values of Gordon Railway Station which were under threat in 2004 from inappropriately located lifts.  With the expertise of the Ku-ring-gai Historical Society she led a delegation to the NSW Heritage Council that successfully put the case that the lifts needed to be relocated.

Then again in 2018 Janine led a campaign to protect Gordon Railway Station when State Rail wanted to expand platform 1.  This proposal threatened a heritage camellia hedge planted by the renowned gardener Professor Waterhouse of Eryldene.

Again this led to the successful replanting of Professor Waterhouse’s camellia hedge with even some being retained.  State Rail also agreed to plant a ‘green wall’ to cover a recently constructed large concrete wall on the western side of Gordon Station.

As Vice President of the National Parks Association of NSW and Deputy Director of the Colong Foundation for Wilderness, Janine developed her ecological understanding, so necessary in the advocacy of NSW's forests, rivers, rainforests and woodlands across NSW including Lithgow's Gardens of Stone.

As President of the NSWTF’s Ryde-Macquarie Teachers Association (2011-2017), Janine worked with teachers to organise seven public education dinners starting with Jack Mundey, celebrating the 40th anniversary of the first Green Bans that saved so much of Sydney’s built and natural heritage.  These dinners raised $15,000 for Stewart House - NSWTF’s official charity that provides short term holiday respite for NSW public school students in need.

Working for ‘Jobs and the Environment’

From 2017-2019 Janine collaborated with the Combined Retired Union Members Association (CRUMA) and Retired CFMEU to organise delegations of retired unionists to visit Lithgow’s Gardens of Stone - a landscape of spectacularly beautiful and rare ironstone pagoda rock formations and rare biodiverse upland swamps.   This helped begin conversations about how 'just transition' and environmental protection is a win-win for workers and the environment.  A short segment of one of these union visits can be seen on the Tom Zubrycki documentary Gardens of Stone, Living Landscape (https://www.gardensofstone.org.au/)

Janine is a member of Unions NSW’s Retired Unionists and has chaired its meetings.  She also attends Unions NSW's Women's Committee meetings that seek economic equality and justice for women.  Janine has been privileged to work with Unions NSW's First Nations Committee to commemorate First Nations WWI veteran George Bennett, who tragically died in police custody in Mungindi in 1950 and was buried in an unmarked grave.

Since 2020 Janine has been a member of the ACTU’s Retired Unionists Network (RUN), a national network of retired union members, who seek to ensure Australia remains a fair and equitable nation based on decent wages and conditions (sick leave, carers leave, maternity leave, annual leave) as well as safe workplaces, good superannuation, secure work and the minimum wage.  RUN believes a compassionate and prosperous Australia depends on access to social services like Medicare, the aged pension, the disability pension, unemployment benefits, youth allowance and public housing.  RUN also argues for strong and well funded quality public services including those for aged care, health care, childcare, school education, TAFE, universities, the arts and the national broadcasters - the ABC and SBS.  RUN is currently campaigning to implement the finding of the Royal Commission into Aged Care Quality and Safety.

On retiring as a teacher, Janine worked as a tutor for the Workers Educational Association (WEA, Sydney) writing and presenting over 50 courses on Australian environmental history.  Adults across NSW also enrolled in Janine's distance education discussion group WEA courses 'Possums, Power, People, Passion and the Protection of the Australian Environment' and 'Wombats, Wattle, Wilderness, World Heritage and Wellbeing'.

Janine has also taught and presented environmental history courses at the University of Third Age (U3A), university history conferences as well as to Probus and Rotary Clubs.

In 2019 Janine was invited to be the guest speaker for the National Council of Women’s Australia Day Scholarship luncheon, held at the Strangers Dining Room, NSW Parliament House where she spoke about the founder of the modern environment movement US marine biologist Rachel Carson.

Standing up for the ABC

Janine was the founding Convenor of Northern Suburbs of Sydney (NSoS) Branch of ABC Friends NSW & ACT formed in 2019.  In October 2020 she led a delegation to Parliament House, Canberra, calling for the budget cuts to the ABC to be reversed.

Honoured by the Community

Janine has been honoured with the following awards:

Growing up in Bradfield

Janine has lived most of her life in Gordon and attended Gordon Public School and Killara High School, as well as Yokohama International School and Nepean High School.

Born in Hamilton, New Zealand in 1960, Janine has renounced her New Zealander citizenship in order to stand for the upcoming Federal election. 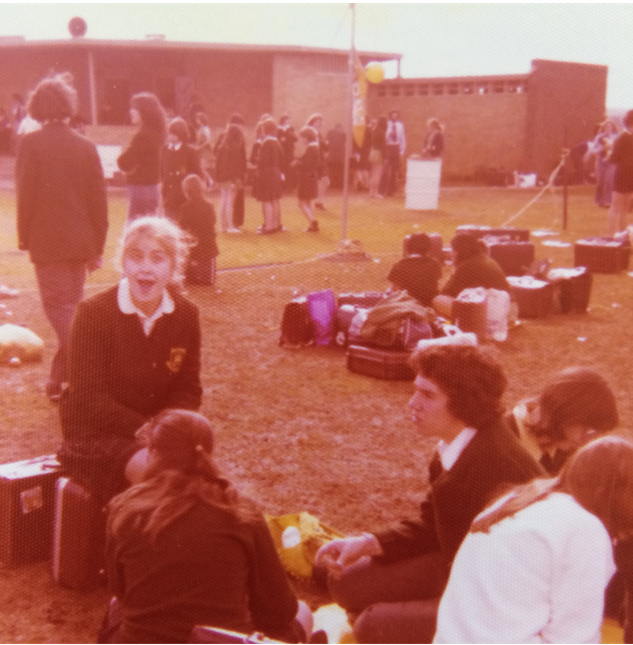 Janine has worked tirelessly within the community for many years.

Janine Kitson, who has led the Northern Suburbs of Sydney branch of ABC Friends since its establishment with both energy and inspiration, is stepping down from her role as President to prepare as a candidate in the next Federal election. This branch happens to cover the electorate of Minister Fletcher, and branch members have devoted much time and energy to demonstrating their support for the ABC outside the Minister’s office (see coverage of a rally in this Update). We thank Janine for her leadership and wish her well in her forthcoming campaign.

Janine Kitson has been a member of KBCS for decades.  She was a Councillor on Ku-ring-gai Council for four years and strongly supported a campaign to prevent development/destruction of Blue Gum High Forest from 2003 - 2007.  This critically endangered ecological community supports diet species of grey-headed flying-foxes.  Now Janine has decided to stand as a Candidate at the next federal election . . . for Bradfield which covers much of Ku-ring-gai including  Ku-ring-gai Flying-fox Reserve.